Bank Credit Growth Is Down

Total bank credit in India as of July, 2021 was 109 lakh crores. Between bank credit and corporate bonds, it is bank credit that does the heavy lifting of providing debt capital to commerce in India. Total outstanding commercial bonds are only about one-third of bank credit (33 lakh crores in 2020). This includes bonds issued by banks themselves.

The data on bank credit growth shown below indicates that growth in bank credit in the last many years has slowed down. Since this growth is in nominal rupee terms, inflation at around 5 or 6% means that in terms of the actual industrial and services activity that is being supported, real credit is not growing at all.

While this is not a good situation for the banking industry, and banks have been hurting due to non-performing assets, these numbers reflect a broader malaise in the economy and industry in general. Capital expenditures by companies have been low for almost a decade now, and businesses are just not in the mood to borrow, whether it’s due to their level of confidence in the near future or due to the body blows they have taken during the pandemic.

At Shepherd’s Hill, while we tend not to let macroeconomic conditions or predictions affect our investment decisions, that doesn’t preclude us from raising an eyebrow at the confidence of pundits that say that India is in some sort of major secondary market bubble, given the current level of palpable melancholy in the real economy.

The graph below that traces the absolute bank credit numbers demonstrates that just because you are hitting all-time highs on a time-series plot doesn’t automatically mean that you’re doing well. 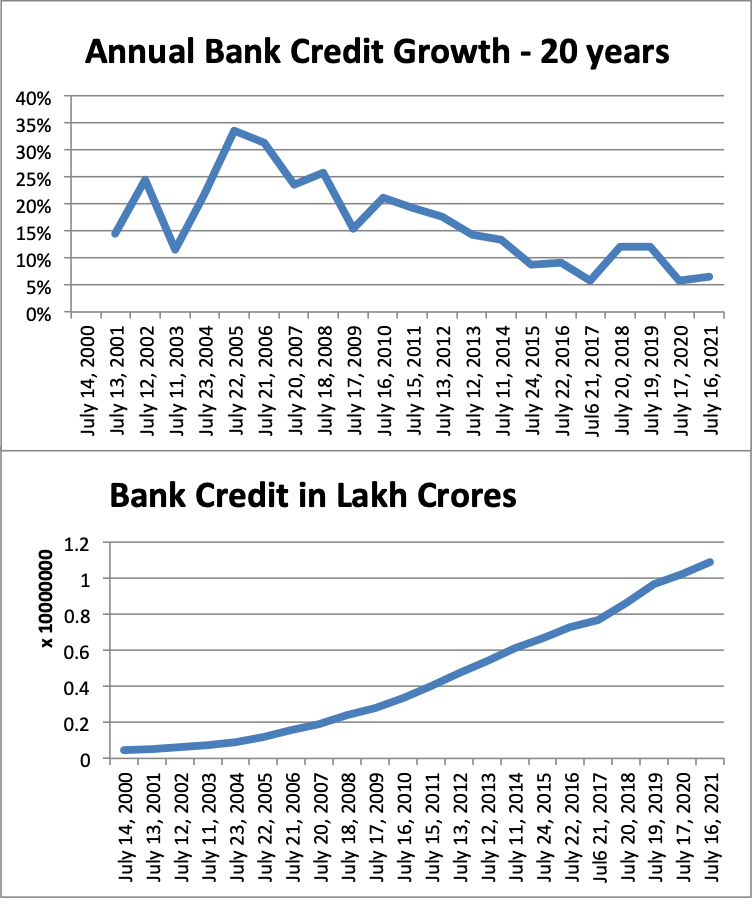